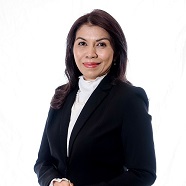 Datin Normaliza Kairon, a Malaysian aged 51, is our Independent Non-Executive Chairperson. She was appointed to our Board on 2 April 2021.

She graduated with a Bachelor of Accounting from Universiti Malaya in 1995 and later obtained her Master in Business Administration (majoring in Finance) from Open University Malaysia in 2006. She is a Chartered Accountant (Malaysia) and a member of CPA Australia since 1998 and 2014, respectively.

Datin Normaliza has vast experience in corporate reporting and governance, particularly with her role in enforcing the approved accounting standards and other corporate requirements on public listed companies (PLCs) and monitoring the PLCs’ governance practices pursuant to the introduction of the Malaysian Code of Corporate Governance, during her 10years tenure with the Securities Commission.

Her corporate experience includes her involvement in the financial and corporate reporting and the transformation initiatives in one of Malaysia's leading financial services group and the national car manufacturer and distributor.

In the later years of her career, she was involved in the economic development and socio-economic transformation within the Economic Transformation Programme (ETP), during her tenure with TERAJU Bumiputera Corporation Berhad. Among others, she was instrumental in the formation and introduction of initiatives such as the Yayasan Peneraju Pendidikan Bumiputera (YPPB) and programs with the economic corridors.

Datin Normaliza is an advocate of the sustainable development agenda and an alumna of the United Nations’ SDG Academy.

She is currently an Independent Non-Executive Director of Datasonic Group Berhad (a company listed on the Main Market of Bursa Securities). 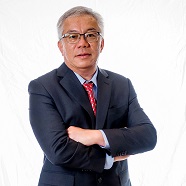 Loh Hock Chiang, a Malaysian male aged 57, our substantial shareholder, Non-Independent Executive Director, and Group Chief Executive Officer of ATech. He was appointed to our Board on 9 February 2021.

He was appointed as our Group Chief Executive Officer on 1 August 2022.

As our Executive Director and Group Chief Executive Officer, he is responsible for leading and overseeing the overall strategic direction and management of our ATech Group.

He has been a Registered Accountant with the MIA since Oct 1996, and a Chartered Accountant (Malaysia) (“CA(M)”) of the MIA since June 2001. He began his career with Russ Ooi & Associates (a member firm of RSM International then) in April 1992 as an audit assistant and his last position when he left in April 1994 was audit senior. In May 1994, he joined Comintel Sdn Bhd as an accountant where he was responsible for the overall management of accounting and finance function of the company and its subsidiaries, and held various positions in Comintel Corporation group of companies (“Comintel Group”) including Chief Financial Officer and Deputy Chief Executive Officer where his last designation was Executive Director before he left Comintel Group in January 2018. 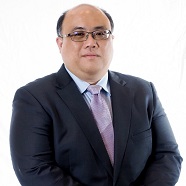 As our Executive Director and Group Chief Financial Officer, he is responsible for overseeing the overall accounting and financial management of ATech Group.

He graduated with a First Class Honours in Bachelor of Engineering (Electronic Engineering) from University of Hull as a Wilberforce Scholar in 1998, and completed his Postgraduate Diploma in Economics at University of Cambridge, as a British Chevening Scholar in 1999. He is a qualified Chartered Accountant with the Institute of Chartered Accountants in England and Wales (ICAEW) since 2003, and the Malaysian Institute of Accountants (MIA) since 2022.

He is currently a Non-Executive Independent Director of Pacific & Orient Insurance Co. Berhad and holds other non-independent directorships in various private companies. 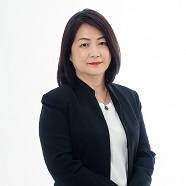 Dato' F’ng Meow Cheng, a Malaysian aged 55, is our Independent Non-Executive Director. She was appointed to our Board on 2 April 2021.

She graduated from University of Southwestern Louisiana, USA with a Bachelor of Science in Business Administration in May 1991 and obtained her Master of Management from the Australian Institute of Business in November 2016. She has been a member of the Malaysian Institute of Certified Public Accountants and MIA since 1997 and 1998 respectively.

She began her career in November 1991 with Sony Electronics (M) Sdn Bhd, a company involved in the manufacturing of consumer electronic products, as System Planner where she assisted in organisational corporate planning as well as drafting of standard operating procedures to ensure compliance with the international standards of quality. Subsequently, she left the company to join Russ Ooi & Associates (a member firm of RSM International then) in October 1992 as junior auditor. She left Russ Ooi & Associates in September 1996 as Assistant Manager and joined another audit firm, H.B. Ooi & Co. as Manager in April 1997 where she was mainly involved in audit, taxation and consultancy services. She left in February 1998 and joined another audit firm, K.B. Tan & Co. as Manager in March 1998 where she was also mainly involved in audit, taxation and consultancy services. She then left the main office in Klang, Selangor and took on the responsibility to set up and manage a new branch office in Bukit Mertajam, Penang in November 1998. In November 2002, the firm name of K.B. Tan & Co was changed to MC F’ng & Associates and she has since become a sole practitioner at the accounting firm providing auditing, taxation and consulting services. 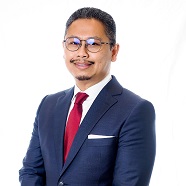 Nor Shahmir Bin Nor Shahid

Nor Shahmir Bin Nor Shahid

Nor Shahmir Bin Nor Shahid, a Malaysian aged 51, is our Independent Non-Executive Director. He was appointed to our Board on 2 April 2021.

He graduated from the International Islamic University Malaysia in July 1995 and obtained his Bachelor of Accounting in August 1995. He has been a member of the MIA as a Chartered Accountant since April 2018.

He began his career in July 1995 as an executive with Malaysian International Merchant Bankers Berhad where he was involved in various corporate exercises including reverse take-overs, initial public offerings and fund raising. In October 1997, he left Malaysian International Merchant Bankers Berhad and subsequently joined KPMG Corporate Finance Sdn Bhd as a principal consultant where he was responsible for various engagements in corporate finance advisory, mergers and acquisitions and project finance.

In October 2007, he went to Qatar and joined Al Khalij Commercial Bank (“Al-Khaliji Bank”) as Head of Debt Capital Markets where he was responsible for loan syndications and debt capital market business of Al-Khaliji Bank in Qatar. In January 2009, he returned to Malaysia and continued his career with MIDF Amanah Investment Bank Berhad (“MIDF Investment”) as Senior Vice President where he was responsible in originating and structuring Islamic debt capital market issuances and project finance advisory transactions. He left MIDF Investment in June 2011 and joined Export Import Bank of Malaysia Berhad in July 2011 as Senior Vice President and Head of Banking until March 2018. In April 2018, he joined Ipmuda Berhad as Chief Operating Officer where his role was to oversee the corporate and business operations, human resources, finance and also oversee the transformation and acceleration programmes of the company. He left Ipmuda Berhad in August 2020 and is now an independent corporate advisory specialist for his clients. 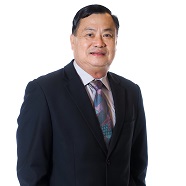 Yee Swee Meng, a Malaysian aged 62, is our Independent Non-Executive Director. He was appointed to our Board on 2 July 2021.

He graduated from University of Guelph, Ontario, Canada with a Bachelor of Arts in Economic in February 1984. He has been a fellow member of CPA Australia since May 2019 and obtained the recognition as a Certified Practising Accountant Australia in August 2017. He is a CA(M) and a member of the MIA since March 2018 and is a member of the ASEAN Chartered Professional Accountants Coordinating Committee since August 2018.

He began his career in November 1985 with Metroplex Berhad as Finance Executive where he was responsible for financing transactions. He left the company in January 1989 and subsequently joined Supreme Finance (M) Berhad as Branch Executive and managed the branch operations. In May 1991, he left Supreme Finance (M) Berhad and joined MBF Finance Berhad as Head of Corporate Division where he was involved in the marketing of corporate loans. He left MBF Finance Berhad in March 1992 and joined Primework (M) Sdn Bhd as Financial Controller where he was responsible for the management of all finance and accounting operations including developing financial strategy and cash flow management. In May 1995, he left Primework (M) Sdn Bhd and joined STS Technic Bhd as Group Corporate Manager and was also appointed as executive director of a subsidiary of STS Technic Bhd where he oversaw the corporate development and investment activities of the group companies.

In September 2001, he left STS Technic Bhd and relocated to Indonesia. In December 2001, he joined RGM International Pte Ltd as Senior Financial Controller where his main role was to manage the financial aspects of the company.

In December 2003, he left RGM International Pte Ltd and returned to Malaysia. Upon his return to Malaysia, he took a career break for family reasons. He joined Unichamp Mineral Sdn Bhd in May 2004 as General Manager of Finance Administration where his main role was to advise the company’s board of directors on all financial matters, management control, mergers and acquisitions transactions and other strategy issues.

He left Unichamp Mineral Sdn Bhd in September 2007 and joined V.S. Industry Berhad group of companies (“V.S. Industry Group”) in February 2008. Between February 2008 and August 2017, he held three roles within the V.S. Industry Group, namely Finance Controller, Finance Director of VS Industry Vietnam Joint Stock Company and General Director of VS Technology Pte Ltd. His responsibilities included, among others, advising the board of directors on all financial matters, management control, policies, mergers and acquisitions and other strategy issues.

After he left Sunpro Capital Group Ltd, Vietnam in June 2019, he focuses on financial advisory work where he provides financial advice such as investment management and tax planning. 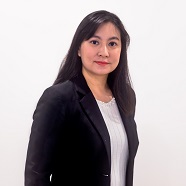 Jamie Lee Hwe Ping, an Australian female aged 44, is our Non-Independent and Non-Executive Director. She was appointed to our Board on 29 June 2022.

She graduated from Central Queensland University with a Master of Accounting in November 2007. She has been a member of CPA Australia since June 2011.

She spent over 15 years working in various accountant roles in industries including petrochemical, personal and healthcare, engineering, git card and most recently in asset financing.

She does not hold any other directorship in public companies and listed issuers. 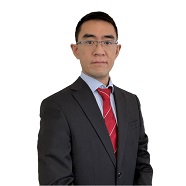 Jonathan Lee Ming Chian, an Australian male aged 38, is Jamie Lee Hwe Ping’s alternate Non-Independent and Non-Executive Director. He was appointed to our Board on 29 June 2022.

He graduated from The University of Western Australia in 2007 with a Bachelor’s in Engineering(Mechatronics Engineering).

He is a professional career engineer in Australia, spanning multi-disciplinary fields primarily in the maritime industry, from mechanical and hydraulic engineering, electrical and control systems engineering, and project engineering. His projects have included systems for various commercial and military vessels including the Independence Class Littoral Combat Ship and Spearhead Class Expeditionary Fast Transport vessel for the US Navy, as well as patrol vessels for the Australian Border Force.

He is also a director of a private Australian company